Let’s face it. The world is crazier than ever, and average human stress levels are off the charts! Not only do stress and environmental factors interfere with our productivity, they also lead to the aging of different aspects of our body, especially the brain. Never before has there been more of an urgent need for a natural product that not only helps us focus more clearly and reduce stress, but more importantly slow down the aging process and maintain the longevity of one of the most important organs in our body, the human brain. BRAIN XL® is the first nootropic specifically formulated with this intention.†

BRAIN XL includes a 600mg clinical dose of pure Alpha-GPC, a highly bioavailable precursor to acetyl-choline which works as a neurotransmitter involved in memory, attention, skeletal muscle contraction and may help prevent cognitive decline. Alpha-GPC is able to cross the blood-brain barrier making it the best cholinergic ingredient for increasing both brain and plasma levels of choline.†

Bacopa monnieri has been a staple in ayurvedic medicine for centuries. It is an herb used to support memory, cognitive performance and nervous system health. Also known as brahmi, studies have shown that bacopa has adaptogenic, nootropic and neuroprotective effects. Bacopa can support brain levels of gaba and serotinin, a multi-faceted neurotransmitter impactive mood, cognition, reward, learning and memory (among other things). Gaba is the body’s primary inhibitory neurotransmitter which helps promote feelings of calmness. The specific Bacopa Monnieri Extract used in BRAIN XL® contains high amounts of bioactive constituents including Bacosides, which may protect neurons, scavenge free radicals and modulate key neurotransmitters in the brain, thereby improving mood, memory and stress management.†

Shilajit and its main bioactive, Fulvic Acid, have been shown to promote a host of overall health benefits. Recent studies have shown Shilajit to produce significant improvements in passive avoidance acquisition and memory retrieval. Research also shows that Shilajit may help the body fight addiction disorders and prevent certain degenerative diseases of the brain.†

Huperzine A operates as an acetylcholinesterase inhibitor, preventing the breakdown of acetylcholine. This actually *Super-Charges* the Alpha-GPC by promoting longer lasting acetylcholine in the brain, supporting sustained focus and concentration for long periods of time.†

NEURO-GF is an oligopeptide specifically yielding high quality, bioavailable NGF (Nerve Growth Factor). According to newly developed research, NGF is the firstly discovered and best characterized neurotrophic factor, known to play a critical protective role in the development and survival of sympathetic, sensory and forebrain cholinergic neurons. Evidence has shown that NGF possesses potential therapeutic properties on cells of the visual system, cutaneous cells and certain degenerative disorders of the central nervous system.† 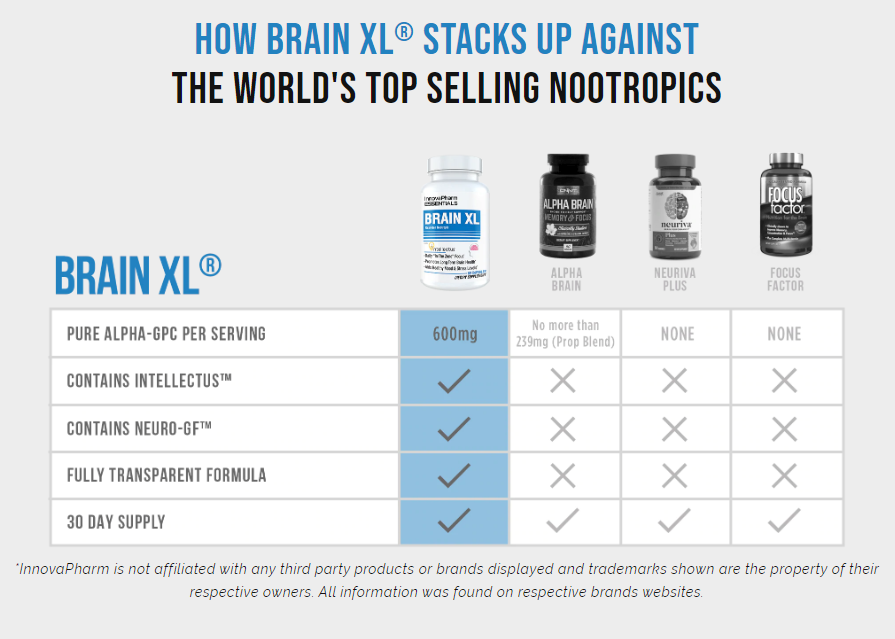